Emily Swallow is the Armorer in THE MANDALORIAN, exclusively on Disney+

Whether they were in alien costumes or wearing helmets, here are four characters you may have missed The Mandalorian series premiere.

We met several characters in the first episode of The Mandalorian – not all of them made it out alive. Some of the actors behind those characters have a long history in TV shows and film,  but you may just not have recognized them right away.

Here are four actors you may have missed from the series premiere.

More from The Mandalorian News

Sanz is most well known for his time on Saturday Night Live. He and Jimmy Fallon couldn’t do a skit without the two of them breaking. Sanz was on SNL at fun time that we remember for being silly and having some ridiculous actors on it.

He played Mythrol, the blue alien that was the Mandalorian’s bounty. Mythrol was super talkative and thought he could outwit Pedro Pascal’s character, but that was not the case.

It’s unlikely we will see him again this season. He didn’t look too good in carbonite.

Beasley was the bartender in the cantina. He’s had dozens of roles and is most well known for his roles in The Sum of Fears, Treme and The Purge: Anarchy.

Hopefully, we get to see him again. This time with a little less trouble in his cantina.

We aren’t going to see Posehn again. He was the ferryman that took the Mandalorian and Mythrol to the Razor Crest. He didn’t make it much farther than that as a giant creature came from deep udner the ice and ate him.

Posehn is a comedian who has done voice work for Stevens Universe and appeared in New Girl and The Big Bang Theory. 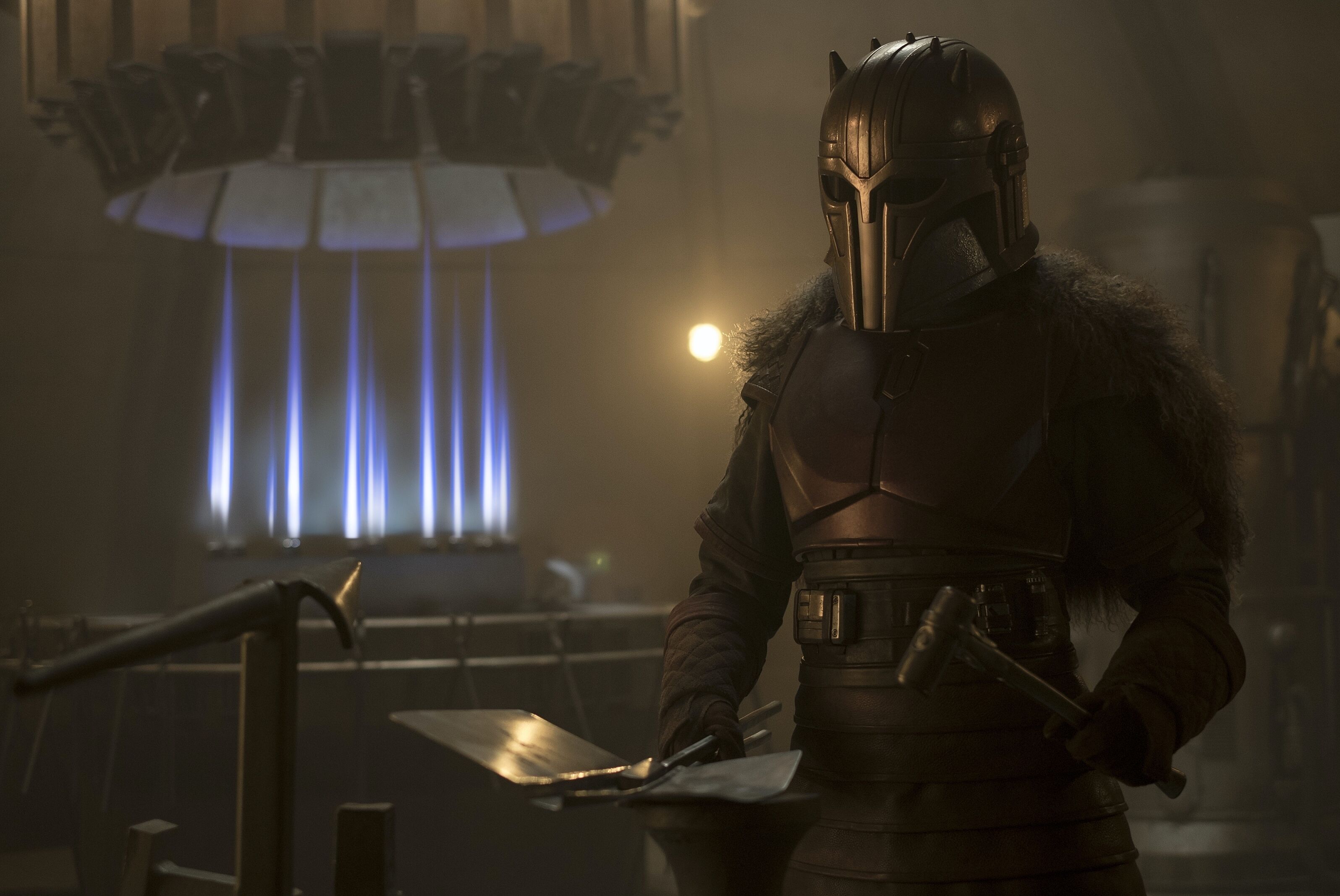 Emily Swallow is the Armorer in THE MANDALORIAN, exclusively on Disney+

You didn’t get to see her face, but we’ll likely see her again. Swallow was the woman under the armor and mask simply known currently as The Armorer.

She constructed the Beskar Steel shoulder piece for the Mandalorian. She seems to have a high rank within the tribe and is highly respected. When the Mandalorian gets some his reward, he will likely be returning it to her.

Swallow is best known for her role as Amara in Supernatural.

Next: The biggest moment of Chapter 2 ‘The Child’

Watch new episodes of The Mandalorian on Fridays on Disney+.