Perhaps the most legendary and highly anticipated moment of Han Solo lore was revealed at CinemaCon in Las Vegas: the moment that Han Solo plays Lando Calrissian for the Millennium Falcon in Solo: A Star Wars Story.

I am beyond jealous of the individuals who got to sit through this Solo: A Star Wars Story scene! Anyhow, I’m going to lay the scene out here for you guys! Thanks to Germain Lussier of io9.gizmodo.com for providing us all with these intricate details.

Okay, so before I start recapping the scene here is the SPOILER WARNING. DO NOT continue reading if you want to approach this film with a blank slate! Okay, you have been warned.

So, here we go. The scene begins with Chewie, Qi’Ra and Han Solo entering a rustic looking cabin on a snowy planet. The trio is in search of a ship, and Qi’Ra claims she knows someone who has one. She tells Han Solo:

“It’s a long shot but it’s worth a try. He’s the best smuggler around. He’s attractive, too. Sophisticated. Charismatic…”

To which Solo replies:

Ooooh, jealous much, Han? This makes me so curious about what his previous involvement with Qi’Ra was and what will happen between them in this film and…oh goodness…I’m just bursting with questions.

Anyway, moving on to the scene. So Qi’Ra tells Han a little bit more about Lando: he’s a retired smuggler and sportsman who really loves his ship. Coincidentally, it’s a ship that he himself won in a game of Sabacc.

And then the camera pans to the infamous Lando Calrissian who is just a suave and charming as Qi’Ra suggest he would be (confirming what we all knew which is that Donald Glover is awesome as Lando and is going to kill it in Solo: A Star Wars Story. Also, apparently, Alden Ehrenreich is a charming Han Solo). Lando is telling those gathered around the table about how he once unwittingly slept with an Imperial Spy.

Han quickly sizes Lando up and decides that he is more than capable of taking him on in a game of Sabacc (perhaps to show off a little for Qi’Ra?). Han gets Qi’Ra to spot him in the game, and then he walks up to the table where Lando’s seated and asks if a chair is free. Lando replies as he wins a bunch of money from another player:

Han makes a comment about all Lando’s winnings, and Lando replies that he’s a lucky guy. Next, Han asks him if a story that he’s heard about him is true, and Lando tells him:

“Everything you’ve heard about me is true.”

They two men begin playing each other, and a montage ensues. Han wins some, Lando wins some. At some point, a mysterious figure (perhaps a bounty hunter?) enters the room and, through a point of view lens, we see him hone in on Qi’Ra. Again, I have SO MANY questions! Who is she? Is she on the run? Is she some sort of double agent?! Ugh, I can’t wait until May 25this here!

More from Dork Side of the Force

Finally, we arrive at the big moment. Lando calls Han’s bet and then raises him 2,000, and then Han goes all in. Incredulously, Lando tells Han:

“Whoa, whoa, whoa, Han. You might want to quit while you’re ahead.”

And Han tells him:

Lando laughs, but Han keeps a straight face. He insists that he is serious, and finally, Lando goes all in with his ship, the Millennium Falcon. Challenging Han, he says:

“My ship against your ship. Do you have the nerve?

And CUT! There was no more shown at CinemaCon. So, we won’t get to see Lando’s face when he loses to Han or Han’s smirky jubilation at having pulled one over on Lando. There is no more until Solo: A Star Wars Story drops in just one month.

Next: Solo wins the Falcon playing Sabacc, but what exactly is it?

So, what do you all think is going to happen when Lando realizes he no longer owns the Millennium Falcon? Let us know in the comments below!

Want your voice heard? Join the Dork Side Of The Force team!

Learn how you can join the fun, journeying alongside Han Solo and crew with the ultimate Denny’s Solo experience! 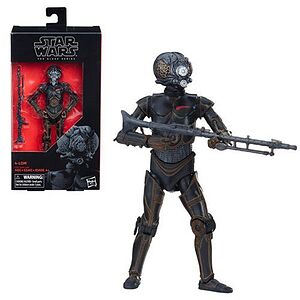